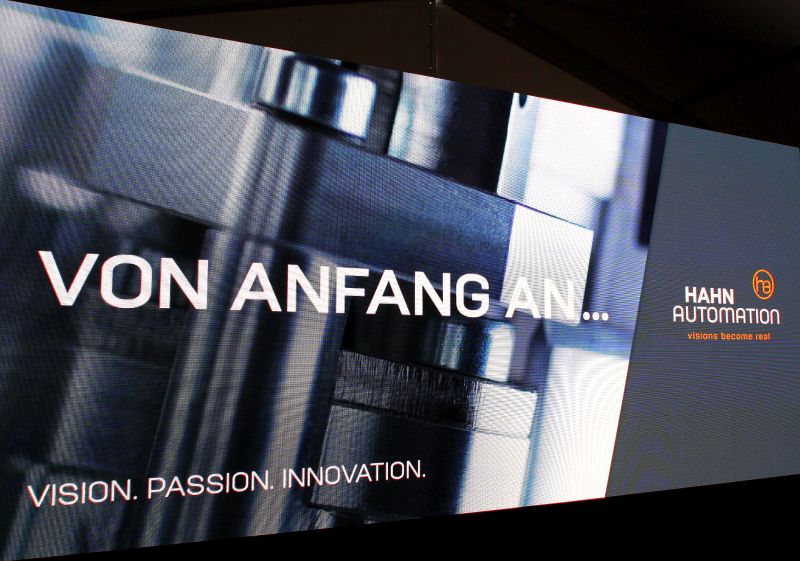 Last weekend, bether from thursday to saturday, my employer held his 25th anniversary. now you may consider myself as an overachiver, blogging on my private website about that. But the enourmous feeback we got and the two remarkable key notes I heared, made me reconsider this, and I want to share some of these impressions.

Besides the keynotes of course there had been speeches and buffets and polititians speaking … you name it. On the other hand we partnered with some of our suppliers to give some state of the art impression on robotics, such as Festo with the Butterflies or Schunk with the bionic hand. 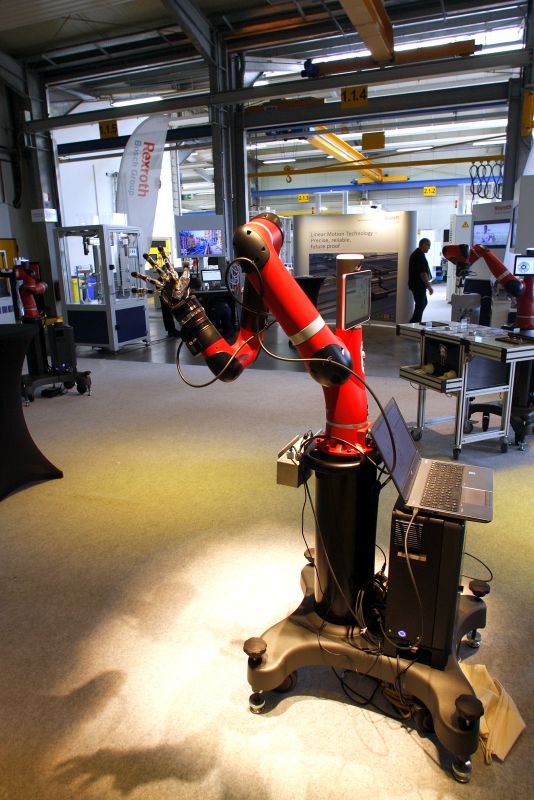 Besides the current state, the audience was inspired about the future of robotics first in the speech of Dr. Hubert Zitt, a lecturer at the FH Kaiserslautern/Zweibrücken who relates quite frequently the science in science fiction to the real world and current technical development. Here he spoke about artificial intelligence in science fiction and traveled through the historie of science fiction movies, their assumptions on artificial intelligence and the link to recent technical development. 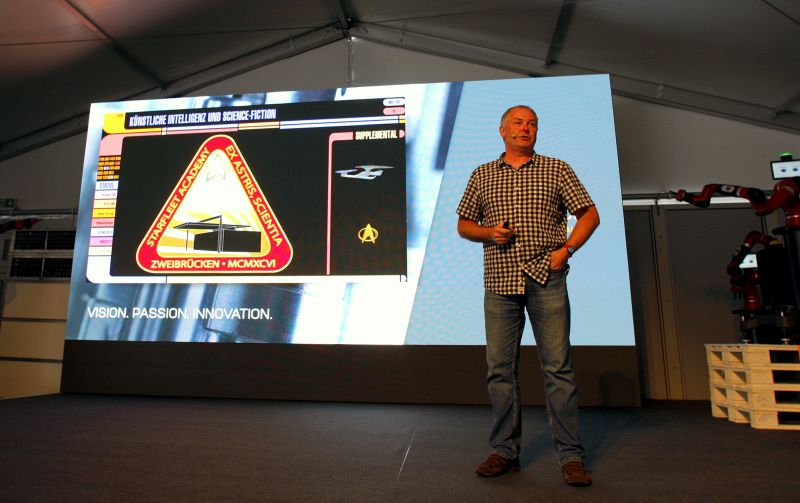 From Metropolis through several incarnations of Star Trek to most recently Ex Machina and Transcendence many movies and their assumptions on computational capabilities like operations cycles or memory capacities were reviewed.

These asumptions then were compared to real world science, like the development of intelligence, Moore’s law, recent and not so recent successes of AI systems like deep blue or AlphaGO. Particular Moore’s law allows some statements that e.g. Data from Star Trek basically could be possible within the next decade, not considering, that the brain is operating analogue. Data’s specifications were introduced in Insurrection as storage capacity of eight hundred quadrillion bits and a total linear computational speed rated at sixty trillion operations per second. This roughly translates to hundred petabyte of memory capacity and a compute performance of sixty teraflops. Given the latest top 500 computer performance list, we are already at 1.3 petabyte main memory and even 93/125 TFLOPs at the worlds current fastest computeer Sunway TaihuLight. Nevertheless the computer consumes the equivalent of 15.000 kW/h per hour, whereas the human brain runs literally on a piece of chocolate in the same time.

The entire talk was full of according analogies and definitely, if you ever have the chance to listen to Mr. Zitt, take it. 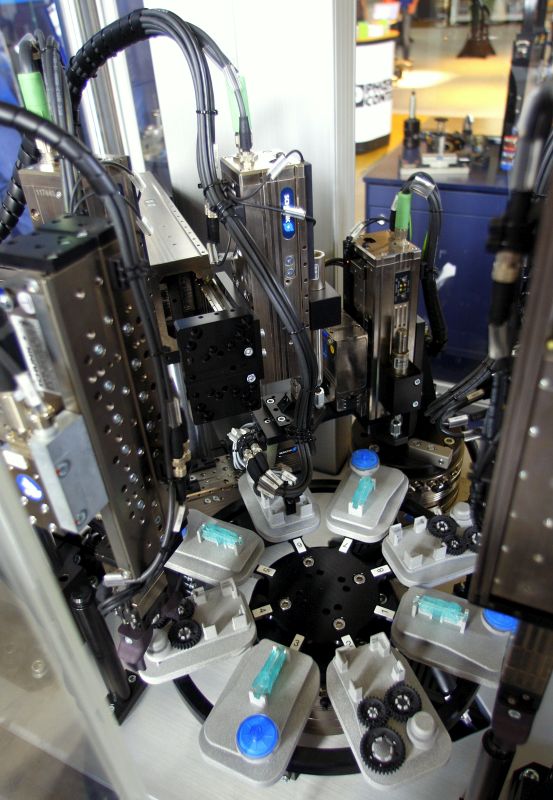 The other really enligthing talk was from Rodney A Brooks, an Australian robotics scientist who researched and tought at Stanford, Carnegie Mellon and the MIT – even running the MIT Computer Science and Artificial Intelligence Lab, connecting the previous speach perfectly to the real life. After his academic life he started to run a couple of companies.

First iRobot, which besides bringing autonomous vacuum cleaners to average homes, brought Soujourner with NASA to Mars, and created the PackBot, which remomced improvised explosive devices on the battlefields of near east, helped to shut down Fukushima DaiChi reactors, when people were not any more able to reach the control rooms and even searched for survivors on 9/11.

With the success of the iPhone Rodney Brooks asked himself, why don’t people need a training class on using these high tech devices, and why are robots so complicated to program? He founded Rethink Robotics, the company that invented Baxter and Sawyer, two robots which can be trained entirely without knowing anything of programming, through an highly intuitive interface and who find their friends slowly in the production industry.

He shared his thoughts on robotics, robotic applications and the need of simplification an entire hour, being an awesome inspiration.

So besides the common birthday typical program, there was plenty of brain food to be consumed. I look forward to the 30th anniversary.